Domestic violence against women here in PNG is not a subject that many people want to talk about but it behoves me to share some of the stories I know so as to remind people that this is a reality in this beautiful country so ravaged and spoiled by the troubles people have to contend with.  And then as a result – hopefully – people will respond with strong words, action, and interventions to curb this cruelty to women which holds the nation back from making progress.  There is such potential in this land of lush forests, teeming birdlife, turquoise seas and exquisite vegetation and flowers.

The following stories are those I have either heard or seen during my sojourn in this ‘land of the unexpected’ where people are kind and friendly to me, but often hurt each other mercilessly.

Women in remote parts of the country are often accused of being witches and sorcerers, just like it was in the medieval times in England.  A woman was found tied up and about to be burned with tyres in the river near my house in Lae.  She was rescued by the police and brought to stay in an apartment next to my home where she was safe from her predators.  Last year in July, 2019, in the Highlands, a number of women and children were hacked to death and tied up in bags to be burned.

It is not uncommon for angry husbands to chop off parts of their wives’ bodies.  While I was shaking the hands of the women after a teaching programme I was involved with in Port Moresby, a young woman with a baby on her back, gave me her left hand because the right hand was covered with a dirty rag.  I ventured to ask ‘why’ and she uncovered the hand to show me a few fingers chopped off.  She then quietly told me that her husband had been angry because she had provided money for her brother to attend a church school and so chopped off her fingers.

My American friend works for an Aviation company in Goroka in the Highlands of PNG.  He loves children and found a family in need of care and support because the father was cruel.  He took them to his home and provided food, clothing and schooling for everyone and a safe refuge.  Eventually the father came looking for his family and persuaded his wife to return home where they would work things out.  She faithfully went and he promptly chopped off her nose!  How she found help to recover from this atrocity I have no idea.  But … some time later she has had yet another baby to this man!

While speaking at a convention in the Highlands of PNG I stayed with six women in a house built on stilts and surrounded by tall fences and locked gates.  During the day we talked and shared with hundreds of women camped on the hillsides nearby.  Each evening we shared our stories in the house and laughed and cried.  One of the women told her story about when she discovered her husband was having yet another affair.  She had endured years of unfaithfulness and now was very angry.  She ordered all the visitors at her house to leave and then promptly viciously beat him up.  He was rescued and taken to hospital.  The staff told her she had almost beaten him to death.  There are many women in prisons in PNG because they have beaten their husbands to death, often in self defence or desperation.

Living in Lae has given me a beautiful opportunity to support children in the nearby Haus Clare – a house of safety for street and rescued children.  It is a sad place yet is brightened by beautiful paintings on the walls, good toys, colourful patchwork bedspreads and an extensive library.  But many of the children there are sad, disturbed and distrustful.  Some have run away from dangerous homes; others have been chased away by their parents or a step parent; many are unwanted and wander the streets. There really are no orphanages for such children in PNG because the extended family is supposed to care for them.  One gentle young 10 year old boy was quiet, withdrawn and had a very sad face.  I felt drawn to him and I shall never forget him – he had been strung up in a tree by his parents so his neck was very scarred.  He was worried that his siblings might suffer similar cruelties.

My son is a helicopter pilot and he works for a small company that operates a few helicopters.  He is on call to fly to remote places in the mountains, on a stoney river bed or beside the blue sea – all exquisite places if you were a tourist.  But he goes to rescue women in difficult childbirth or others who have been stabbed or hurt and someone has had the tenacity to call for help.  Last Christmas he was called high into the hills near Lae to bring newly born twins to the hospital along with their Aunt.  The mother had died while giving birth.  The distance to find help was too far to walk or be carried and anyway the clinic was closed on Christmas day.

“TTT for PNG” – Taps, Toilets and Transformation for Papua New Guinea is a project I have undertaken to help upgrade and fix broken and disgusting toilet and bathroom facilities in as many schools as possible in PNG.  This is a difficult and tedious task but I must pursue it.  There are thousands of children in PNG who suffer indignities every day in abominable ablution places. Already we have been able to upgrade, paint and provide better toilet facilities in two schools.  In one school there was no bathroom – the girls walked to a nearby stream beside a busy road, to bath.  The toilets were in a corrugated iron and wooden lean-to out the back of their dormitory.  This is entirely unsuitable and unsafe for teenage girls in any place.  Another school has a broken concrete block shower structure which is old and covered with black slime and no privacy.  The toilets are bowls with no water and excreta and rubbish litter the floor.  No one has taught them how to use them properly.  No maintenance men or fix-it people enter these dismal places and the girls don’t complain – they have lived like this for most of their lives and don’t think to ask for something better.  I believe that if girls can be taught respect for themselves at an early age by having decent ablution places, they will grow to be women of responsibility and dignity and thus require respect from the men in the community.  Thus there will be less violence and cruelty perpetrated on women.

God help us all. 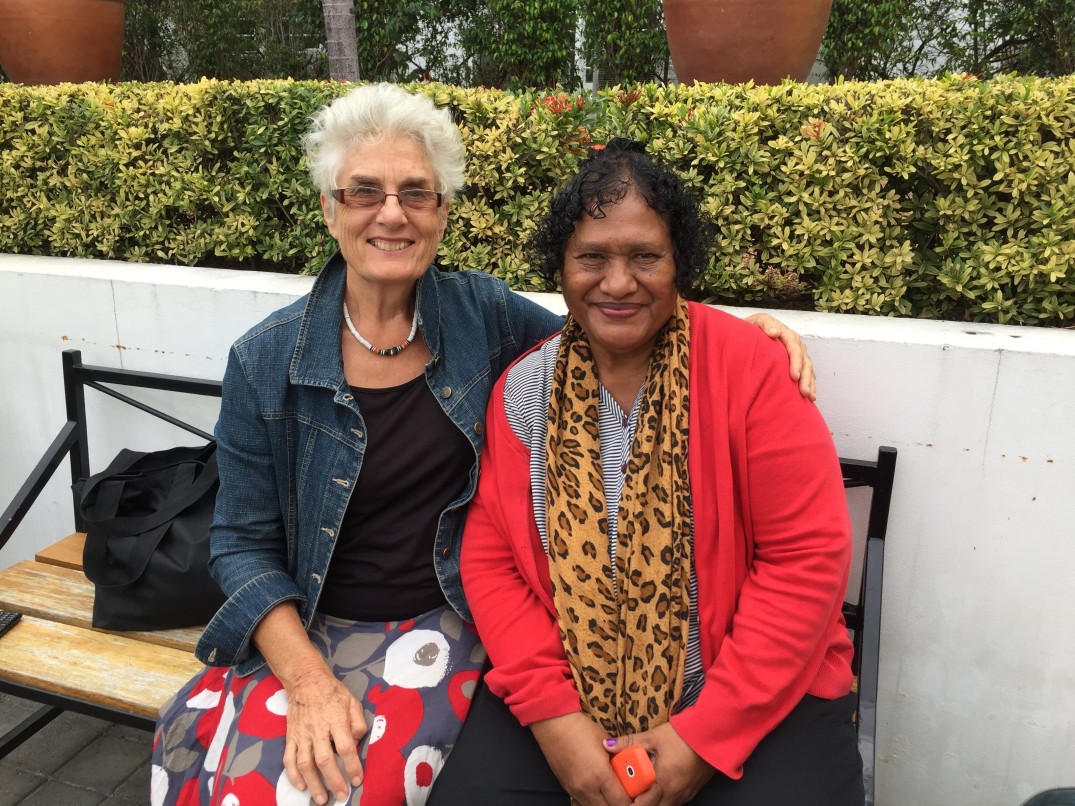